Around the Radiant Fireplace 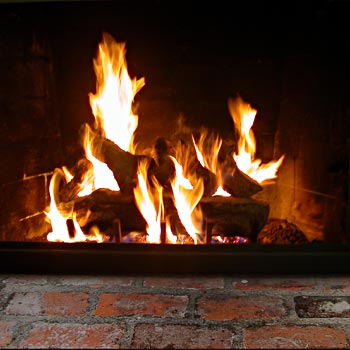 The whip of branches  and snow against the house woke me.  I paid dearly, with bare feet numb against the floor and shoulders encircled by an icy smelling draft, to stand at the window and watch the world disappear in the blur of white and wind. I knew I would be snowbound the next day. Snowbound– the word reminded me there was a  poem of the same name. As I returned to bed and quickly buried my shivering self in the layers of fabric and feather-filled covers, I made a mental note to read John Greenleaf Whittier’s famous poem the next day. But I couldn’t get through the dense 700+ liner. However, a little side note stated that “Snowbound,” had been inspired by  Ralph Waldo Emerson’s poem, “The Snow Storm.” And that led me to a glorious read about Emerson. What a guy! The leader of the Transcendental movement in America he believed that American writers should free themselves of European influence and create their own unique style. And the poem “The Snowstorm,” perfectly illustrates Emerson’s philosophical explorations of the relationship between man’s soul and the world around him. It’s a beauty.

Announced by all the trumpets of the sky,
Arrives the snow, and driving o’er the fields,
Seems nowhere to alight: the whited air
Hides hill and woods, the river, and the heaven,
And veils the farmhouse at the garden’s end,
The sled and traveller stopped, the courier’s feet
Delayed, all friends shut out, the housemates sit
Around the radiant fireplace,  enclosed
In a tumultuous privacy of storm.
Come see the north wind’s masonry.
Out of an unseen quarry evermore
Furnished with tile, the fierce artificer
Curves his white bastions with projected roof
Round every windward stake, or tree, or door.
Speeding, the myriad-handed, his wild work
So fanciful, so savage, nought cares he
For number or proportion. Mockingly,
On coop or kennel he hangs Parian wreaths;
A swan-like form invests the hidden thorn;
Fills up the farmer’s lane from wall to wall,
Maugre the farmer’s sighs; and at the gate
A tapering turret overtops the work.
And when his hours are numbered, and the world
Is all his own, retiring, as he were not,
Leaves, when the sun appears, astonished Art
To mimic in slow structures, stone by stone,
Built in an age, the mad wind’s night-work,
The frolic architecture of the snow.

I read the poem over and over. The lines: “…the housemates sit/Around the radiant fireplace, enclosed/In a tumultuous privacy of storm,” made me envious until I realized that the group of poets who meet in my house are “the housemates,” and the “radiant fireplace,” around which we gather is the sharing of poems and ideas and our successes and failures…that warms our little circle and sustains us from month to month. And the “tumultuous privacy of storm,” is our need to isolate ourselves, if only for a few hours, from the turmoil of our daily lives. Thank you Jo, Frank and Andrew!

Putting Away My Bras

Jo read this at the BeanRunner. It made all of us very nervous. It was another poem about loss, but not about physical death like the others.

Putting Away My Bras

They are clean and papery gray and the lace, if
there is any lace, is torn, and the atrophied straps
are hitched tight in their plastic pincers.
The underwire on one
pokes up, no wonder the fire-
red itch on my rib. They are scentless
and warm from the dryer. Once they were pretty.
I bought them because I wished I were pretty.
Now the hooks grab and ravel
my socks. My bras are nothing at all

like my father’s exact-fitting hand during beauty
pageants on TV. We sat on the couch
in his musty study and watched them;
he asked me why I couldn’t
look like that, he dangled his arm over
my shoulder’s ledge, he touched me and I
made believe he did not, I tried
his drink and chit-chatted with him
and my mother, and each of us picked the girl
we liked best, my tit staring into his palm.

Frannie Lindsay  cleverly uses the images of everyday objects and situations to tell this story.  For “Poems That Make Us Nervous,” I brought in a poem of Anne Sexton which will be on my next blog entry. “Putting Away My Bras,” reminded me of the women poets of Sexton’s generation: those early feminists who used lots of domestic elements  in their work. That was what women knew.  That was their turf.  Frannie  Lindsay shows their influence but but finds a highly original  way to  create a compelling poem about the kind of loss that lasts a lifetime. The line”…the lace, if there is any lace, is torn…” which I feel is the heart of this heartbreaking poem, filled me with profound sadness. 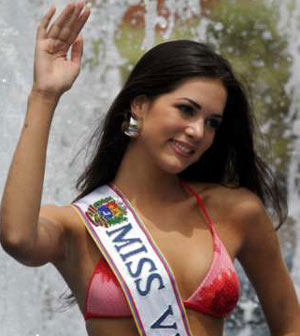 Frank chose to read Here, Bullet at the Beanrunner. Here was death, again, but not in the slow wasting of illness but in the adrenaline rush of the battlefield. The powerful, graphic poem drove us beyond the feeling of nervous into fear.

When I first heard the title I immediately thought of Bullet, The Wonder Dog who starred with Roy Rogers and Dale Evans on the 1950’s TV show.  The words “Here, Bullet,” could have been used then to offer the dog a treat for doing a hand-shake trick or uttered with hoarse urgency to lead him to his badly injured master pinned beneath a fallen tree. So, for me ” Here, Bullet,” was a trip back to my childhood sitting in front of the TV watching a thrilling plot unfold. I was too young then to realize that words mean different things as different times. Like for my childhood friend, Gregory. He lived next door and we often watched “The Roy Rogers Show” as well as “Lassie,”   and “Fury,” together.  All shows that included peril and rescue. A teenager,  Gregory enlisted and went to Vietnam. It was a matter of family honor: his grandfather had manned a trench in WWI France and his father saw action during WWII as a sailor in the  South Pacific. Gregory came home and told me he couldn’t get over what he had seen.  The look in his eyes was a look I had never seen before. He  committed suicide soon after. For Gregory the words “bullet,” and “Help me,” had taken on new meaning, new horror  beyond anything we could have imagined as we watched TV shows that  had  happy endings. Gregory will always live in my memory. When Frank read this poem, my friend’s horror became, for a moment, my own.

This poem shocked us and took us on a scary trip of terror. And its writer, Brian Turner experienced what he writes about: after earning an MFA he served in the US Army for seven years, including a year (1999-2000) in Bosnia-Herzegovina defending Muslims from Serb atrocities. Turner is the real thing when it comes to war.

If a body is what you want,
then here is bone and gristle and flesh,
Here is he clavicle-snapped wish,
the aorta’s opened valves, the leap
Here is the adrenaline rush you crave,
that inexorable flight, that insane puncture
into heat and blood. And I dare you to finish
what you’ve started. Because here, Bullet,
here is where I complete the word you bring
hissing through the air, here is where I moan
the barrel’s cold esophagus, triggering
my tongue’s explosives for the rifling I have
inside of me, each twist of the round
spun deeper, because here, Bullet,
here is where the world ends, every time.

Jo brought this to “Poets You Can’t Get Rid Of.”

At the end of my suffering

there was a door.

Hear me out: that which you call death

Then nothing. The weak sun

flickered over the dry surface.

It is terrible to survive

buried in the dark earth.

Then it was over: that which you fear, being

a soul and unable

bending a little. And what I took to be

You who do not remember

passage from the other world

I tell you I speak again: whatever

to find a voice:

from the center of my life came

When I moved from the city to the country I learned that the deer eat most flowers.  I loved the deer and didn’t want to fence them out.

I discovered I had the perfect soil, light and terrain for irises. They became my passion. I planted dozens, in every color. I lived for late May, the seasonal peak—perfectly in sync with Chinese artists for whom the flowers represent”the dancing spirit of early summer.” I even went to the International Iris Festival in Florence, Italy (the iris is the city’s emblem) to see acres and acres of the colored blossoms I adored.

As I approached the door, I could see a family of deer waiting outside, in silence, near our car. “They’re here to help you,” Barre said. They did.

And the impossible happened:  one iris bloomed in the freezing November air.  Named “Immortality, the color of the moon, and big enough to fill my hands held together like a beggar asking for alms.  I remembered that in ancient Greece, the task of the goddess Iris was to lead the souls of dead women to the Elysian Fields. That awful morning she appeared dressed in white and filled the air with a fragrance as warm as it was sweet. Thank you.

Poets group meets tonight. One of the poets, Jo, has a birthday today. Same as my late husband. He would have been 70 today. I buy a cake for her. I could have baked one, something really good, Julia Child, with Calvados and apples, a clafoutis. Real. But instead I want a birthday cake that looks like one. Sometimes you need that symbol. I buy one with the pinkest pink roses and an almost neon Happy Birthday. Inside: strawberry cream. Go all the way. We may sing. It’s gray, so gray outside. Let’s light the candles, too.

I love Jo’s poems. “Loss,” is one of my favorites. Perfect for me today. Thank you, Jo.

I have lost a city. And a state.

with a blue heron and a green pond.

I have lost flat fields and mountains.

Lost a river. A sea.

A child. A husband.

Now, I must lose the memory of you.

I nearly have it. Your crisp edges slip.

It’s almost done. There. No, not quite.

My birthday present for 58 years was my mother telling me the story of my birth, the morning I was born. She’d start: “It as a hot June morning. Close. Not exactly raining, a fine mist…. At 7:42 the nurse said, ‘Mrs. Pearce,’ you have a beautiful baby girl.” We would both cry a little on our ends of the phone. At least, I did. Or her voice would break a little as she said, “And you were. You are….”

My husband was adopted. There was no story for him. There was no where. No who. No known face that saw him first. I want to research the weather on that day, the phase of the moon, anything to know him more.

My wedding present from his adoptive mother was this poem. She kept it framed above her desk. When she gave me this poem she gave me her son.

To my death from my birth,

I am thankful I am on Earth.

I am glad I am not an orphan

That I have a real home

I am thankful for things

For everything tame or wild.

I am thankful for this modern age

And for life of humans at any stage.

I am glad I go to school

Because if I didn’t I’d be a dumb fool.